Author of 'Coined' and 'The Wheels on the Tuk Tuk' 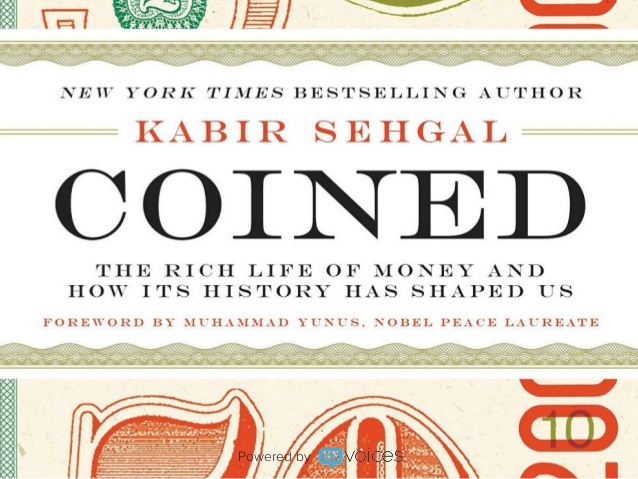 Kabir Sehgal was a vice president in emerging market equities at J.P. Morgan in New York. He has traveled to over twenty-five developing countries to gather and generate investment advice for large multi-strategy institutional investors. He helped place the Alibaba IPO, the largest in history. He began his career by founding an online educational network.

He is the New York Times and Wall Street Journal bestselling author of six books including Coined, Walk in My Shoes (with Andrew Young), A Bucket of Blessings, Wheels on the Tuk Tuk, Festival of Colors (forthcoming), and Jazzocracy.

Sehgal is a Grammy-winning producer, composer, musician, librettist, and liner note writer. He produced “The Offense of the Drum” by Arturo O’Farrill and the Afro Latin Jazz Orchestra, which won the Grammy for Best Latin Jazz Album. He also produced “Cuba: The Conversation Continues” that was recorded in Havana and Grammy-nominated for Best Large Jazz Ensemble Album. He co-founded an arts non-profit organization that merged with the Afro Latin Jazz Alliance.

He serves as an officer in the United States Navy Reserve, served as a speechwriter on a presidential campaign, and is a term member of the Council on Foreign Relations.

Sehgal is a graduate of Dartmouth College and the London School of Economics. He is a long suffering Atlanta Braves fan.